Did you know the site on which World Square now sits has always been a gathering place? For millennia, the Gadigal people of the Eora nation used the site as a meeting ground, long before the arrival of Europeans. And it still is a meeting place today.

Over the coming weeks, we will introduce a new series of short stories and fun facts about the history of the World Square site.

For example, did you know that after the arrival of the First Fleet, many of the bricks used to construct colonial Sydney’s first buildings were made on this site, then known as Brickfield Hill?

Later, among the stores and retailers that emerged here, were Chinese merchants and cabinetmakers, cook shops and eating inns. And Horderns Emporium, the place where Sydney shopped for its finest dresses, hats, and furnishings was, in its time, the largest department store in the world!

Or that World Square, because of planning disputes, was a hole in the ground for a decade, from 1990 onwards? During that dispute, scenes for the 1995 film Mighty Morphin Power Rangers: The Movie were shot on the construction site of the future site of World Square.

With the help of the City of Sydney, the State Library and the book World Square: Ceremonial Grounds to International Precinct by Terri McCormack for Rydges World Square we’ll take you back to those moments in time.

Today, World Square is home to 100 or so retailers, offering everything from high-end fashion to an array of cosmetics, the latest in electronics to banking services. There is also modern day eating houses and great restaurants, offering an array of food from across the globe, from healthy poke bowls and traditional dishes from across Asia, to burgers and sweet treats.

World Square attracts and entertains millions of local and overseas visitors every year, so come and create your own part of history at World Square today. 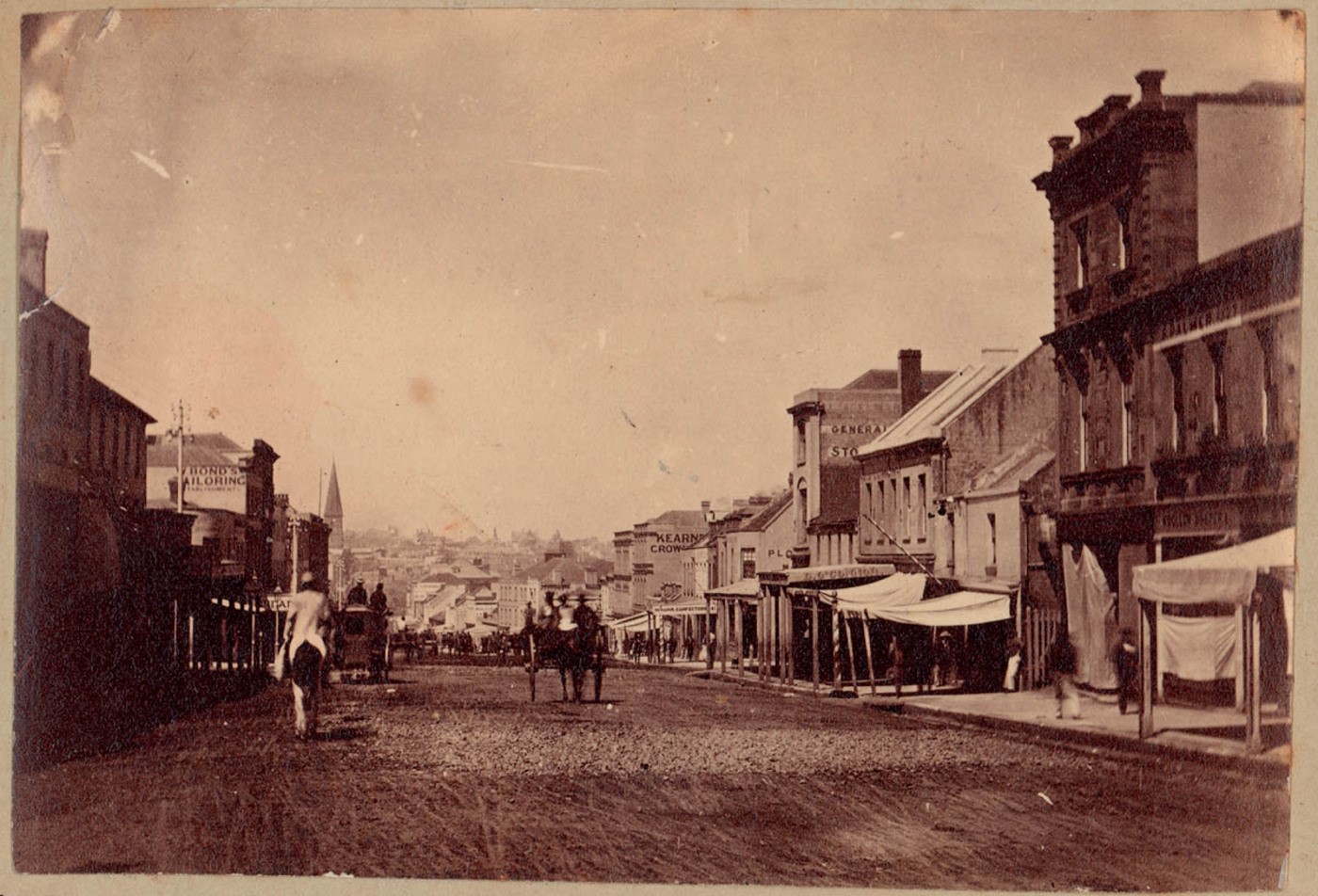 George Street at the corner of Liverpool Street, on Brickfield Hill in 1873, with the Plough Inn on the right.