It’s time to channel your inner Tiger and kick 2021 in the butt because 2022 is upon us which means the start of the New Lunar Year! Each year in February, we get to celebrate a new Zodiac animal and this year is all about the ferocious, king of all beasts, the Tiger. We’re not telling you to channel your inner Tiger King or wake up with face tattoos and a tiger in your bathroom like The Hangover, no no no. The Tiger is a symbol of strength, exorcising evils and braveness. Sounds like something we need right about now! The year of the Tiger has so much more in store and we’re excited to see what this year brings.

The Story of the Tiger

Once, it was the Lion rather than Tiger who was a zodiac sign in the Chinese order. However, the Jade Emperor decided Lion was too ferocious and sought a replacement. At the time, Tiger was a mysterious animal, trained in martial arts by the Master Cat. Tiger contested all other animals in the forest and beat them all, becoming King. 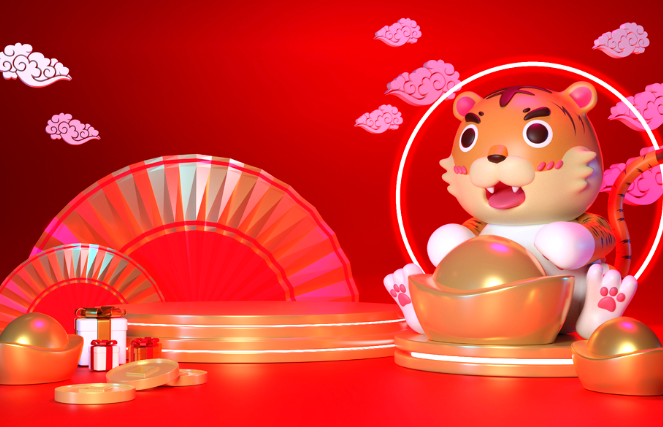 When the Jade Emperor heard how brave Tiger was, Tiger was ordered to heaven to battle its guardians. Tiger defeated them and became its new guardian. Then, when Tiger was ordered to defeat the four most powerful animals in the forest to restore order to the mortal world, the Jade Emperor bestowed three horizontal and one vertical line on Tiger’s forehead – the symbol of the king. How Lunar New Year is Celebrated There are a number of ways East and Southeast Asian cultures celebrate Lunar New Year. One is with red envelopes, which are given as monetary gifts to friends and family, symbolising good wishes and luck in the next year. Many people also carry out cleaning on the 24th day of the last lunar month to sweep away the dust of old things and bid farewell to the past year. 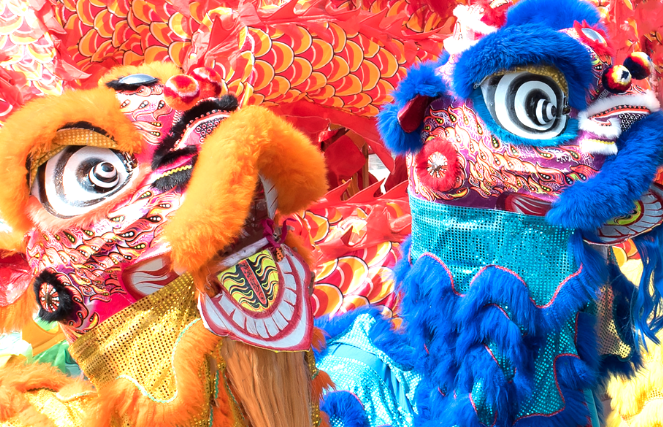 One of the most important (and fun) traditions is the lion dance. Originating from the legend of the monster Nian, the dance is usually performed each night for the first 15 nights of the year with percussion, dancers, acrobatics, and bright colours. Lunar New Year also brings a list of special foods to eat during this time including fish for prosperity, Chinese dumplings and spring rolls for wealth, and sweet rice balls for family togetherness. Stay tuned for our Lunar New Year inspired dishes at World Square. 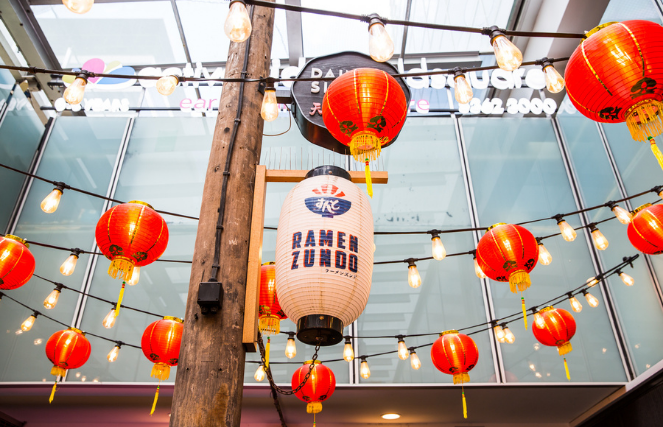 This event is proudly supported by the City of Sydney.