Late in 2020 the words Hannels Spur were on the lips of many hikers and trail runners alike. David Byrne (@thelongrunau) first came across the track in November, when Sean Greenhill, fellow trail runner and race director for the Buffalo Stampede mentioned the challenging route to him. He had dedicated a lot of time to finding the hardest runnable climbs in Australia. 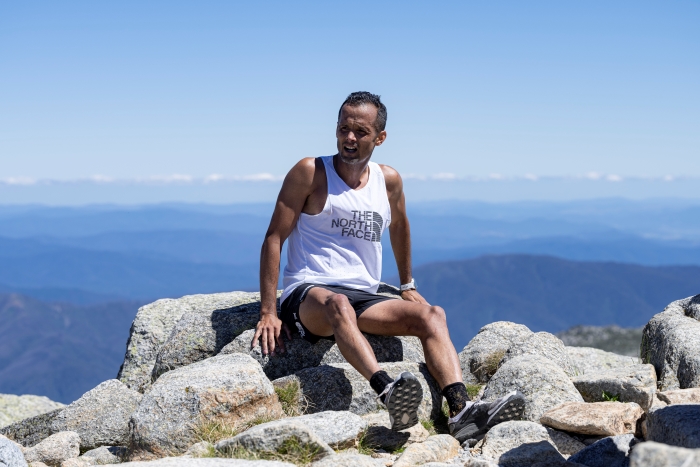 After recent trail maintenance efforts by volunteers with NSW National Parks, including @timmacartneysnape, the track was in prime condition for those looking to take on Australia’s greatest elevation gain on a single track. Starting in Geehi Flat, the track climbs 1,800 metres to the summit of Mt Kosciuszko, covering the entire western fall of the Snowy Mountains.

Tim joined Dave Byrne over the weekend to give some insight into the track, ahead of his FKT attempt. Having organised a race up Hannels Spur back in 1987, and being involved in continual maintenance work on it, he offered his notes.

They touched on the heat in the Geehi Flat area, the creek crossing, where to hydrate, and a warning of the bull ants and jumping ants. 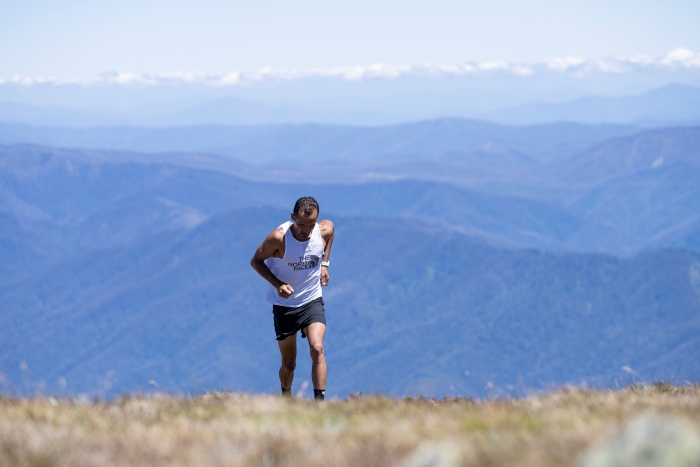 David Byrne set out on the morning of Friday, February 19, not having stepped foot on the track before.

Tim emphasized the significance of this – running a mountain track like that sight unseen. In the climbing world it’s called an onsite ascent, and is far more challenging.

Because of this David Byrne had the added mental burden of not knowing what was ahead, how long steep sections would last, and when the next one would come. It is a psychological hurdle that would persist for the entirety of the trail. 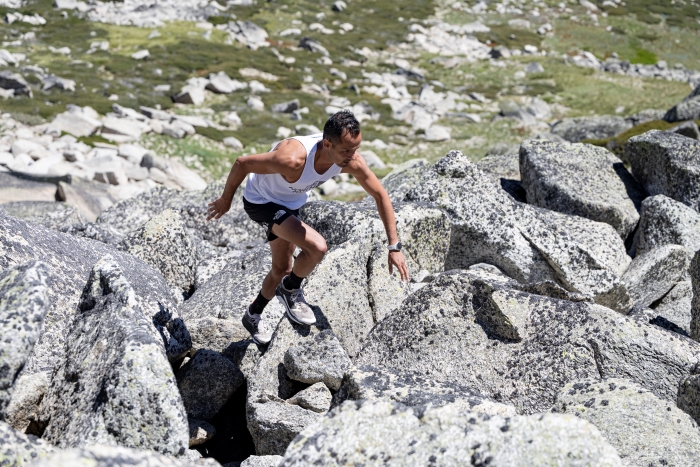 Towards the end, the track becomes more of a route, with low scrub and swampy patches, making the going slow and potentially treacherous for the runner. In this section Dave lost precious minutes getting caught up in waist-high scrub covering rocky, uneven ground.

After 2:38:42 he reached the summit of Kosciuszko – covering over 1,800m of elevation gain, navigating the technical and indistinct section out of Hannels Spur towards the summit, and setting the new FKT for the route. #PowerFurther #VECTIV 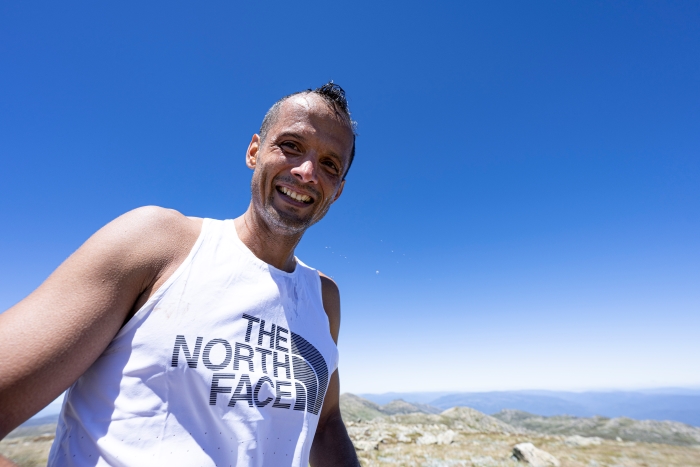